Serena Williams always at the center of fashion: the American tennis player and John Mayor took a photo together to promote the new Audemars Piguet Starwheel watch, at Art Basel in Miami. Serena wore a long-sleeved black top that barely exposed her midriff, paired with a black miniskirt.

Serena also wore diamond earrings and a gold watch. The new Code 11.59 Starwheel watch, based on the timekeeping system known as wandering hours, first developed by Pope Alexander VII in 1655, retails for $57,900. 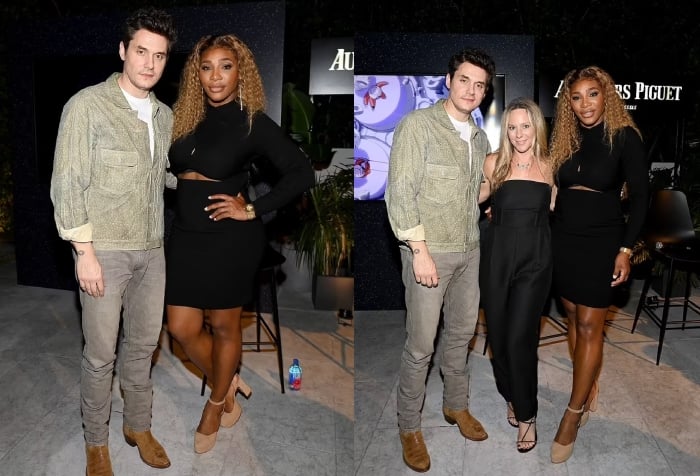 Serena Williams left tennis last September, at the US Open, in front of her home crowd.

The American star has won 73 WTA singles titles. 23 of them are Grand Slam events, which makes her the second player to win more Majors in this specialty, behind only Margaret Smith Court, with 24. She completed the virtual Grand Slam, which consists of winning four consecutive Slams not in the same calendar. year, twice

She has also won five year-end Master Cups and 19 Premier category tournaments, as well as 21 Tier I and Tier II titles and a gold medal at the 2012 London Olympics against Maria Sharapova. Not only in singles Serena Williams can boast numerous victories, but also in women’s doubles and mixed doubles, where there are another 16 Grand Slam tournaments: 14 won with her older sister Venus and two in mixed doubles, both won with Maks Mirny in 1998. .

To these successes we must add another three gold medals in the Olympic Games, all achieved together with Venus, a Federation Cup and two Hopman Cups. Serena managed to earn 340 million dollars thanks to endorsement contracts. Forbes placed her last spring in 31st place in the 2022 ranking of the highest-paid athletes in the world.

Serena Williams is also in the Forbes ranking of the richest self-made women in the United States. In this case, she is ranked ninety with an estimated net worth of $260 million. The only other athlete present is Maria Sharapova, who found herself in 97th place with a fortune of forty million dollars less than her former colleague.